Beans could easily sleep through the winter. At 5 years old she has already mastered the snooze button (or "hit the hat" as she calls it - her alarm clock is Perry the Platypus in his trademark fedora) and the whole blanket over the head with "5 more minutes" routine in the morning. This increases exponentially in the winter when it is dark the entire time we get up, eat breakfast and get to school. Bunny on the other hand is up bright and early each day (which has proved useful when she wakes me up when I have slept through my alarm) and has thankfully learned to make her own breakfast on weekends (although the first time she woke me up to tell me she did so, which completely defeats the purpose of making her own breakfast). She now also helps Beans make breakfast if she gets up, although I did have to point out that 3 entire big shredded wheats is an awful lot in one bowl even if they are strangely packaged that way. Beans did admire the pretty sunrise on the way to school the other day, so maybe she's coming around to the morning a little bit.

But this is not a post about how to get Beans up in the morning (although suggestions on that are appreciated), what she wants to know is how do the bears stay "asleep" for the whole winter?

Hibernation is different than sleeping - there are physical changes that go along with it while sleep is a change in mental state. Brain waves during hibernation as closer to awake ones than asleep ones. In fact, when animals wake up from hibernation they can be sleep deprived and require a lot of sleep in the next few days to recover.

So first we need to figure out what hibernation actually is. It's a form of torpor, which is a term used to describe metabolic suppression in animals - so where they drop their usual body functions for energy conservation. It can be triggered by a lot of things - starvation, thirst, dark, cold, heat, etc. Hibernation is the seasonal form of this where the body preemptively reacts to the threats are lower temperatures, lack of food and darkness. Typically larger species like bears prepare by storing body fat, which will sustain them over the winter. Smaller species, like chipmunks and squirrels, don't have the capacity to store enough for entire time, so they food cache - hiding lots of food around for when they wake and need replenishing. Which is why when you move the lawn furniture in the spring there's a whole whack of nutshells under it.

For a while people debated whether or not what bears did was actual hibernation because their body temperature doesn't drop very much. But that was all solved when they took a look at metabolic suppression, and they do lower their rate about 75% below what it usually is, so that pretty much answered that right there - there is a huge shift in how their body functions (more here!) Some more northern bears will not eat or drink for up to 8 months! Instead of slowing things down by dropping their core temperature they instead use vasoconstriction - which means they slow blood flow to their extremities to conserve energy for the core of the body. And the craziest part? They recycle their proteins and urine - nothing in, nothing out for months at a time. That ability is now being studied to help with organ transport, kidney diseases and space travel!

The prep actually begins in the summer with the cramming of themselves with as much carbs as they can find to gain as much as 30 pounds a week! Those fat stores break down over the winter to provide calories and water, the muscle tissue breaks down to provide protein. Our bodies do this when we are starving too with one main difference - bears are able to replace their proteins using urea (a part of urine, a waste product) and we can't - ours accumulates until it becomes toxic. Bears win.

Another cool thing bears can do (there's really no end to it...) is delayed implantation. Although mating takes place way before hibernation, the actual pregnancy is delayed until the bear's body figures out if it's able to sustain it through hibernation. If there's not enough fat then the egg will abort, otherwise there's a signal that triggers the egg to implant and the pregnancy to go through. Sometime around January she wakes up, gives birth and goes right back to sleep. Now THAT is how you do labour.

So, can people do it?

Probably not. There have been a few studies that try to emulate it, using freedivers, but a natural trigger in humans just isn't there. And there are a few unverified anectodal cases and work on "suspended animation". But it's ok, because well - despite it all, we really like winter. And bears don't get to toboggan. 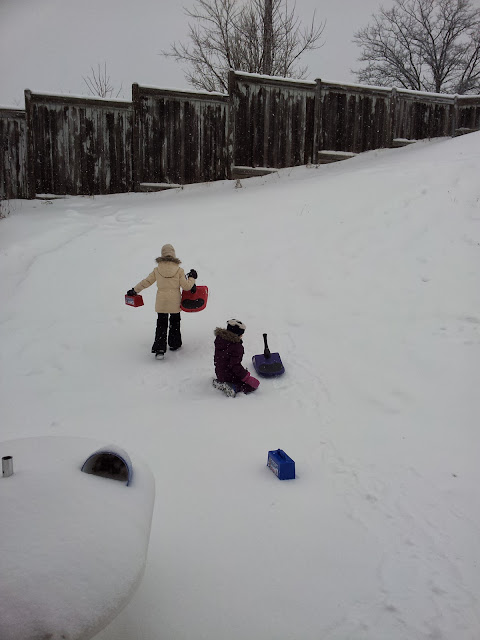